The beauty of decay 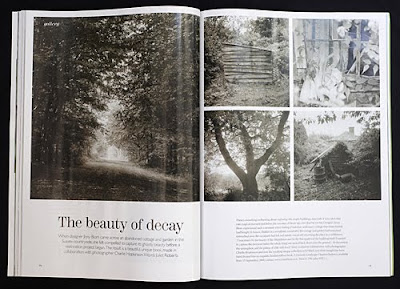 That's the terrific title given to a double page in the September issue of top gardening magazine, Gardens Illustrated. Written by editor Juliet Roberts, with the layout designed by Dave Grenham, the piece selects five images from 'A Domestic Landscape', the limited edition book produced by me and Jinny Blom. See previous posts about where to view the book in London.
Posted by Charlie Hopkinson at 14:31 No comments: 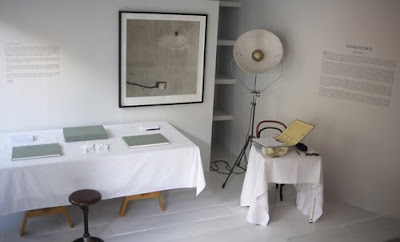 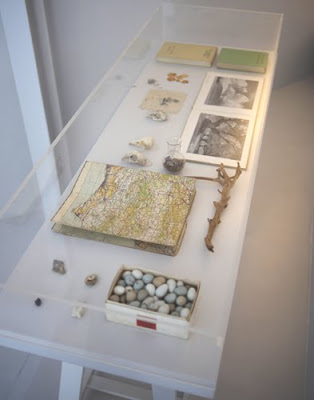 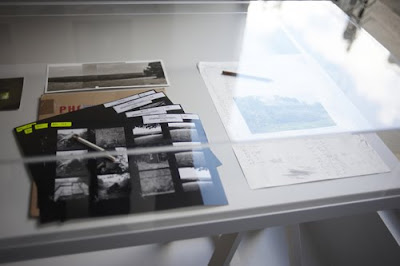 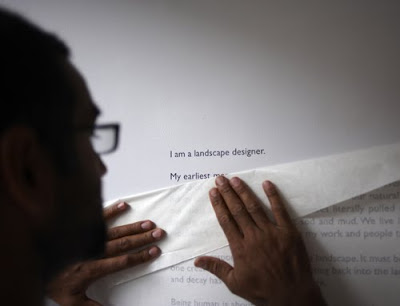 "A Domestic Landscape" a black and white photography art book has been installed at Egg, 37 Kinnerton Street, Belgravia, London, SW1X 8ES, just off Knightsbridge (see previous posts on this blog).
It shows the limited edition book which you can leaf through, a small selection of the images pinned to the wall, and some display cases with stuff from the production of the book, and things that inspired me and Jinny Blom.
Egg is open from Tuesday to Saturday, 10.00 to 18.00. Do go and have a shufti.
Posted by Charlie Hopkinson at 10:07 No comments:

"I hate being photographed."

Someone asked me to expand more on the previous post 'Photographing People' (see below). In it I said the majority of British people I shoot opened with "I hate being photographed" but never follow it up with "how can I look good?". What's this all about? Some of it can be put down to that famous British reserve. "I hate being photographed" is a way of saying this is all a waste of time because I always look dreadful in photos. It can also mean I feel really uncomfortable being photographed. It may mean I don't want to appear vain by default. Or it could be a way of saying let's get this over with quickly, though several people actually say that to me anyway. It all adds up to the photographer, on the receiving end, as this is as bad or even worse than a visit to the dentist. I've been tempted to wear a white coat to shoots.
Very occasionally some admit to not minding it at all, and a tiny tiny few say they enjoy it.
Some of it has to do with the equipment photographers use. If I lift a camera to my face to shoot, then I hide my face, which is not a good thing if you are trying to connect with someone. If I shoot with an old plate camera, it's a different matter altogether. Firstly, my face, when not focusing, is not hidden. And the process of shooting with a large format is much slower. Which is nice for me.
It's the same with a camera on a tripod with a viewfinder that one looks down into, but can look up towards the subject whilst shooting. That's nicer than obscuring the face during shooting.
Being photographed can feel like a very critical process. Close scrutiny makes most of us feel uncomfortable, not because our best features are being studied, but more because we fear our faults or weaknesses are being revealed. This may well be true, though it is the photographer's job to emphasise the subject's good features and hide the not so good features. That's as long as one is trying to make the subject look their best. Most of my work falls into this latter category, because it's taken for editorial, which is glorified PR really. This shouldn't be confused with personal work, where I am photographing for me, and not a client. What is written here concerns commissioned work.
With this work, a shot full of 'character' may well end up emphasising someone's not so attractive features. Perhaps this is where the brief is important. Is the priority for the photographer to make the subject look 'their best' or look 'most interesting'? The two are obviously not always the same, though they could be on occasion. One is asked to create all manner of looks. "Make her look sinister" was a recent brief. Often there is no brief, and one is expected to produce just an 'interesting' portrait. That's the brief I like best.
"I hate being photographed" could also mean I'm feeling nervous or shy, though there are a myriad of other ways this reveals itself. Much of what I do goes towards relaxing the subject, if that's what I need to achieve. Tension reveals itself more often than not around the mouth which doesn't look great, a bit like the look of a bear chewing a wasp. There are ways of overcoming this. But what it really boils down to is this. Most subjects will look their best in photographs if you get the light right for them. This isn't necessarily formulaic, though most photographers evolve a system of lighting that works for them (and presumably for their subjects too, though I sometimes have my doubts). I have photographed people who have taken one look at my lights and adopted a position that makes the most of that light. And then they don't waver from that.
On one occasion, the subject, Barbara Cartland, provided her own light. Which I overode with my lights. Her light, had I used it would have been awful. Still it's a lovely eccentric touch. 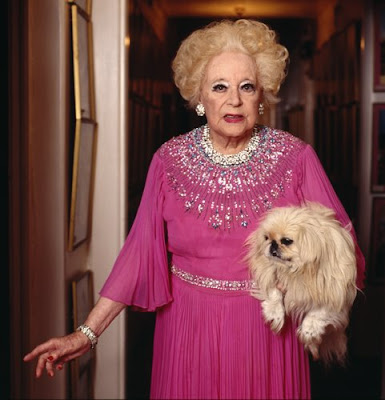 More importantly is if the subject has a positive attitude towards being photographed and not to look at it as a necessary evil. Maybe overcome that reserve, engage with the photographer. Ask about the light. Ask about which features the photographer thinks are their best.
I once asked Spike Milligan what he didn't like about his appearance, and he said his nose. Well you can always cover it up I said. 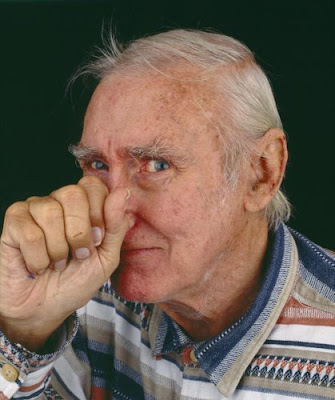 There's more, lots more. One could write about some people being photogenic; whether everyone has a good or a less good side; the angle of view from photographer to subject; the position of the subject; the lens one uses; different light, and so on. Some other time though.
Posted by Charlie Hopkinson at 10:48 No comments:

It's been a month for writers, none less than the military historian, Lawrence James, photographed in Fife. I was given the most wonderful hospitality chez James.
What joy to fly from City Airport in East London. Park the bike and walk to the terminal which is less than 50 yards away. Drink a quick cup of coffee, and we're on board and taxiing in just a few minutes. Same in reverse, from plane to bike takes less than 5 minutes. How accustomed we have become to the truly ghastly and miserable experiences of Heathrow/Gatwick/Stanstead.
Still, that didn't prevent some pretty inane questions and an ineffectual search carried out by a security person (not sure of his/her sex) at Dundee. He/she was bored I expect. For a split second I considered packing my "I'm not a terrorist" placard the next time I fly. Sadly, security people have their sense of humour removed on day one of training. 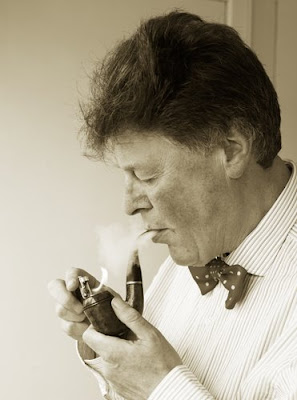 Why the previous post about Goodwood?
Apart from the riotous display of hats, it's plain good to see so many people enjoying themselves.
More than that, was this small coincidence. I bumped into a school friend at the race track from the 1960s, Alistair Down of Channel 4 Racing. We haven't seen each other since we were 12.
The previous week I had photographed the writer Jon Courtenay Grimwood (below) whose best friend, Alistair Merchant was someone else I hadn't seen since I was 12. The two Alistairs and I had all been contemporaries at the same school.
Jon was photographed in a Victorian cemetery. People love to walk their dogs there, but seem less keen on clearing up after them. One of the occupational hazards of photographing in strange surroundings is treading in or worse, kneeling in dog poo. 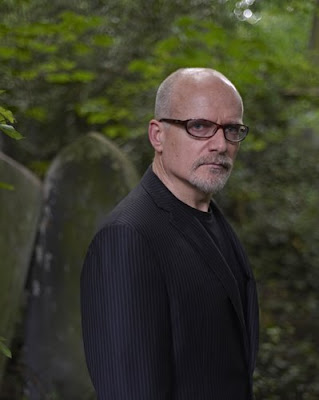 I forgot to add a photo of the novelist and poet Elizabeth Spelling in the previous post about photographing people, but we ended up photographing by a church. I'm drawn to churches like a bee to nectar. They often have large uninterupted expanses of wall to shoot against, which I like, though I never shoot inside them, unless I'm photographing a friend's wedding. They're definitely more preferable to graveyards for various reasons. 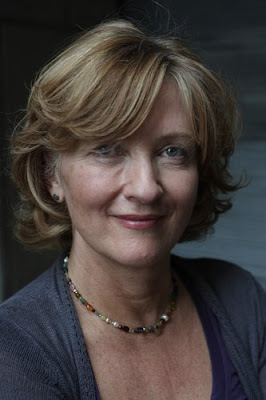 And I was also lucky enough to shoot the writing team of Martin and Linda Waites. Nine times novelist Martin used to act before he got bored with playing baddies in The Bill. I'm always confused by the programme when I see it. I don't seem to be able to differentiate between the policemen and criminals, they seem equally good and bad, honourable and dishounourable, and so on. Just like real life I suppose, which is why no doubt, the series endures ad nauseam. 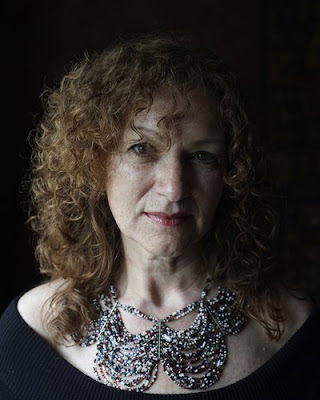 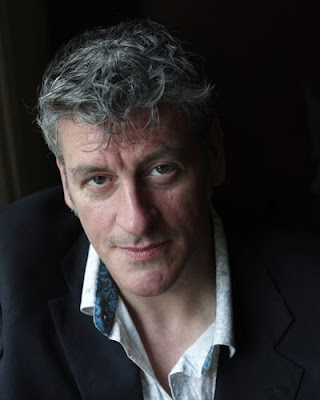 This confusion of goodie/baddie is an on going theme with the "I'm a Photographer, not a Terrorist" protest, see the link here.
Lastly, I took a rare train journey to Manchester to shoot Val McDermid, who was a delightful and stimulating subject to photograph. She was reading English at Oxford by the age of 17, and originally from Fife too.
She told me that most photographers want to photograph her with a meat cleaver, or some other similar murder weapon. Imagine being caught on a train with a meat cleaver. I once photographed a chap in Battersea Park with a very large axe. No one took the slightest notice. 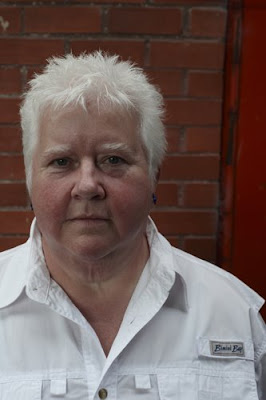 Virgin trains have improved, but they are silly about not letting you travel on an earlier train, if for instance, you manage to get to the station ahead of the journey you are booked on. There's this really odd lack of flexibility about life in the U.K. and some seem to absolutely delight in enforcing it. It used to be just the preserve of the stupid or unimaginative to be inflexible, but it is now commonplace rather than the exception. It's a mystery to me.
Posted by Charlie Hopkinson at 11:22 No comments: 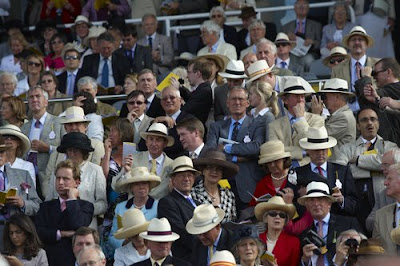 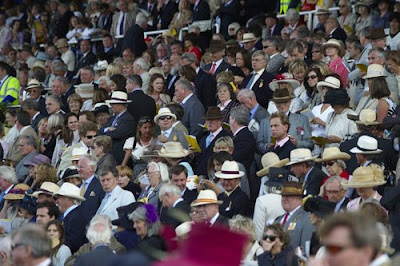 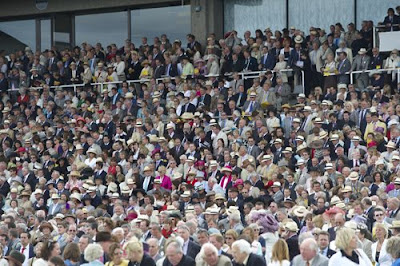 Posted by Charlie Hopkinson at 11:05 No comments: