Thank you to the lovely KLM staff (and no doubt the good Doctor) for asking if, as a frequent flyer (news to me), I'd like a couple of seats to myself with spare legroom. 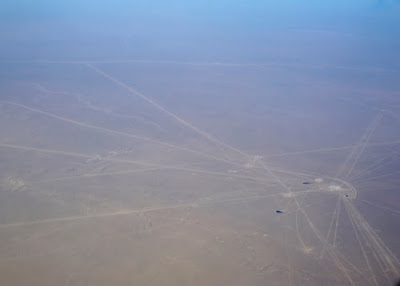 Posted by Charlie Hopkinson at 21:22 No comments: 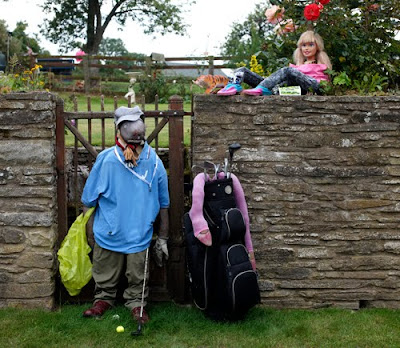 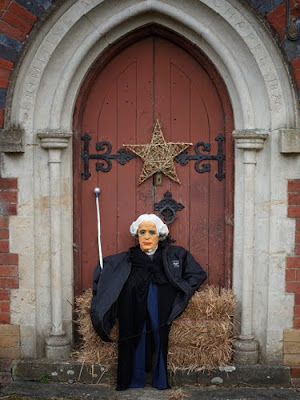 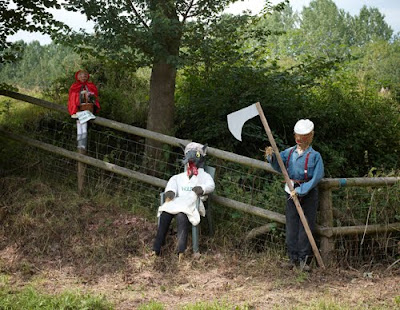 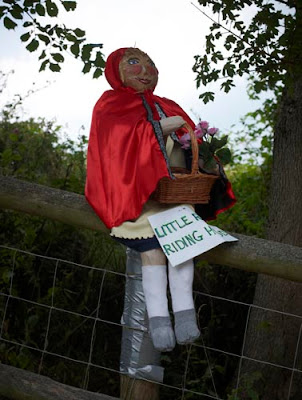 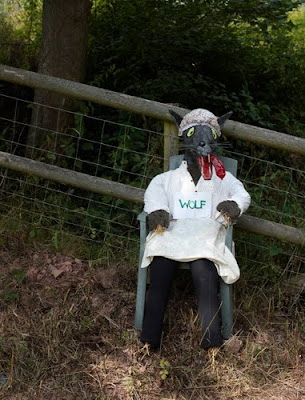 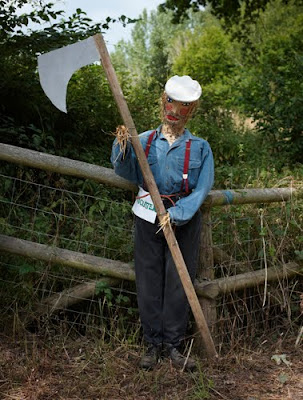 Not a Guy Fawkes in sight as enterprising parents dream up ever more ways of keeping their children occupied during the summer holidays. What's wrong with a two week Scripture Union camp anyway?
This scarecrow competition produced some very creative figures, including no less than the Tiger Woods effigy, complete with legs sticking out of a golf bag.
Posted by Charlie Hopkinson at 21:07 No comments:

Why do you and I photograph people? Or, why have we chosen to shoot people, over interiors, or gardens, or still life?
Most subjects seem to fall into two groups. One, with a story to tell (and they tell it) , and the other without (or they aren't sharing the tale). I'm reminded of it having met Ted Simon, who famously motorbiked around the world in the 1970s and wrote Jupiter's Travels as a result. Quite a story to tell, and well worth reading the account. The bit I liked best is when he's endlessly asked why he's making the journey; to which he replies:
"to find out why I'm making the journey".
Doesn't that remind you about Gary Winogrand who was asked why he photographed things, to which he replied:
"I photograph to see what the world looks like in photographs."
And isn't that true? Nail on head stuff.
I was reminded again when I arrived to photograph a well known writer, in her South London flat recently. I had barely introduced myself before I was blasted with a diatribe about how useless photographers were, how absurd it was that her publisher had dared to send me to shoot her, and how I was bound to fail at my task. How is one meant to respond to a subject who seems determined to thwart one's best efforts? Anyone sensible might be inclined to say well sod it then, with that attitude you're right, and I won't waste time trying..... But there's another (higher) consideration, and that is the publisher is expecting to get a lovely portrait; so one swallows hard, and unpacks the gear. Actually William, I expect you're like me and enjoy a challenge, even when the challenge looks as if it has reversed through a hedge backwards in the last five minutes and has an attitude to rival Naomi's.
I've only once been seriously close to walking out on a shoot, but the subject beat me to it. Without doubt the most unpleasant person I've had to photograph, and it put me off celebrity chefs for a long time. A shame, because I photographed Richard Corrigan last year who was utterly charming and affable.
I don't mind listening to the story either. We should relish the opportunity. After all, the shoot is about the subject, we're mere spectators with a job to record the teller. Rarely has a tale been dull, even when it was the same as the last time I heard it. At The Telegraph, the same subjects used to come round every five years or so, sometimes more frequently. Everyones story is worth listening to, an invitation to look through the looking glass.
The most interesting story I've heard? I'll let you know soon. (Remind me, it's the Hitler youth story.)
And lastly, aren't you bored of zoom lenses? So irritating the way they suck dust into the camera. I have a love hate relationship with the blasted things, and much prefer fixed focal length lenses, but then you need to carry endless numbers of cameras around with you. Or get an assistant to carry them. What's the answer?
Posted by Charlie Hopkinson at 20:16 No comments: 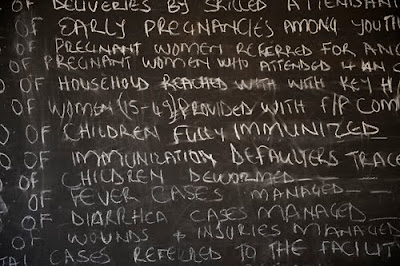 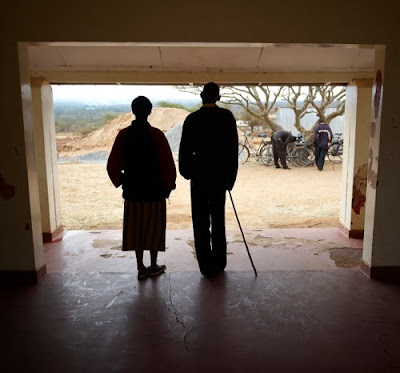 I couldn't resist a rare invitation to produce some reportage which found me shooting in rural Kenya, well away from the usual tourist trail.

KEMRI (Kenyan Medical Research Institute) was researching rural health centres, and we spent the day photographing day to day life in a range of small health clinics. Some had only one health worker and a handful of patients, others had a full and hectic workload.

Patients sometimes had a round trip of 20 kms to attend a clinic from their home, with no transport available; bad enough when you’re fit and well, quite awful when you are unwell. In the west, we are forever being made aware of the problems of HIV/Aids in sub-Saharan Africa, though the ‘old’ problems of TB and malaria are still a major health threat.

In each location, we were welcomed with much generosity, and good humour. When I told people I had come from England, almost all them brought up the name of Wayne Rooney. That is what ‘England’ means to many in the country, where English football is followed closely. These schoolboys were appalled that I didn't know which club he played for. 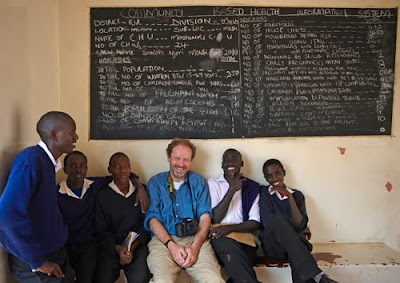 For those attending health centres much of the time is spent waiting, and waiting and waiting. 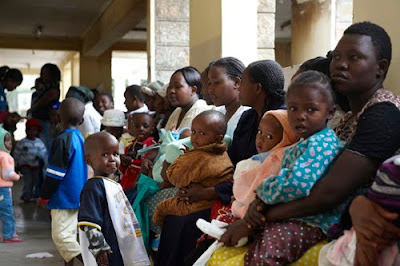 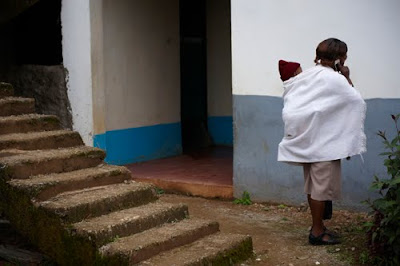 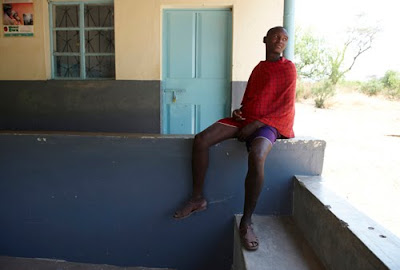 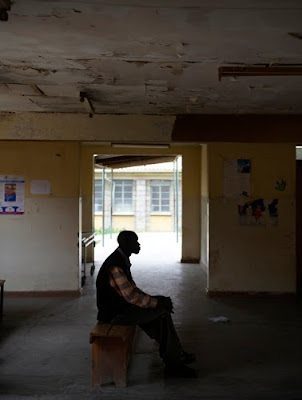 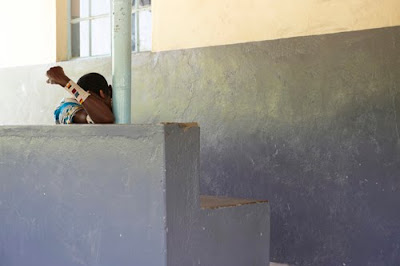 Posted by Charlie Hopkinson at 11:58 No comments: 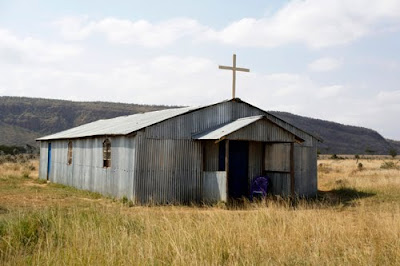 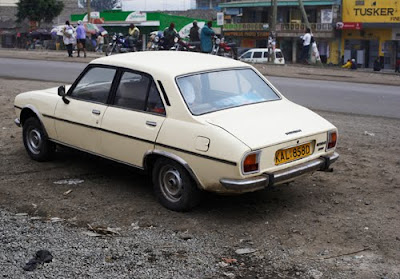 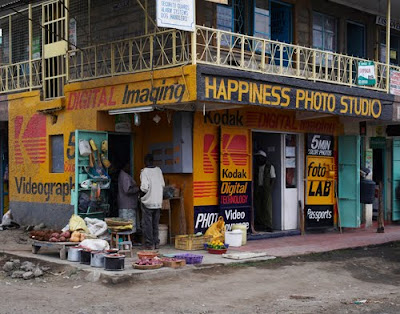 Enough to keep a smile on my face for days on end. For some, a trip to the East Africa can't happen often enough. The last time I ventured south, furry paper was still being used. Now, the mobile phone coverage is enough to shame many parts of the UK. Safaricom would knock the pants off most UK phone operators. Ok, so a bit of 'tin' nostalgia and old cars still rolling is food for the visual soul, but other aspects of life in Kenya have evolved way beyond my recognition.
More to follow later on the reason for the trip.
Posted by Charlie Hopkinson at 18:06 No comments: